Healthy and long-term yields thanks to strong roots

Nungesser is one of the oldest still active trademarks in the world. The company was founded in 1770 by Johann H. Nungesser, who was selling seeds for the first time in a barn in Griesheim (Darmstadt, Germany).

It all started with pine seeds

At the place of foundation in Griesheim in Hesse, Germany, the locals traded pine seeds since the 17th century, which, in addition to fruit and other seeds, were also part of the Nungesser range. Even in ancient times, pine was considered a symbol of fertility and wealth due to its richness of seeds. In Asia, the pine is a symbol of strength, longevity and constant patience.

Nungesser has been documented as a trading company since 1775, and the first contacts were made along the Rhine at a very early stage for the company, which later became an international player. The grandson of the founder, Johann H. Nungesser, then had the company legally registered in the commercial register under the name L.C. Nungesser.

In the course of the approximately 250 years of its existence, the range has been continuously expanded and improved. In addition to other seeds and crops, more and more modern cleaning systems have been used. The original areas of agriculture and food have been increasingly supplemented by raw materials for animal feed.

Geographically, markets were developed in North and South America, Asia and Africa. The politically tense situation since the end of the 19th century and especially the two world wars were also a great challenge for Nungesser.

In 1930, the then sole owner Friederich Nungesser died and the company was taken over by Kurt Eisele, ending the ownership of the Nungesser family.

In the second half of the 20th century, the seed sector was expanded through processing, breeding and research. Especially in the years between 1980 and 1990 the company was also successful in seed research. It was also present in Africa and Asia with around 250 employees and even operated its own farms.

In 1986, Nungesser, which at that time was known as L.C. Nungesser KG Saaten, was sold to the French Group Limagrain. This pushed the concentration on baking seeds.

Since 1997, Nungesser has existed as an independent company again, as five shareholders bought it back. In the 2000s, Nungesser concentrated exclusively on commodity trading via the Internet and the development of databases. The company no longer traded in raw materials itself, but primarily arranged contact between producers and buyers. 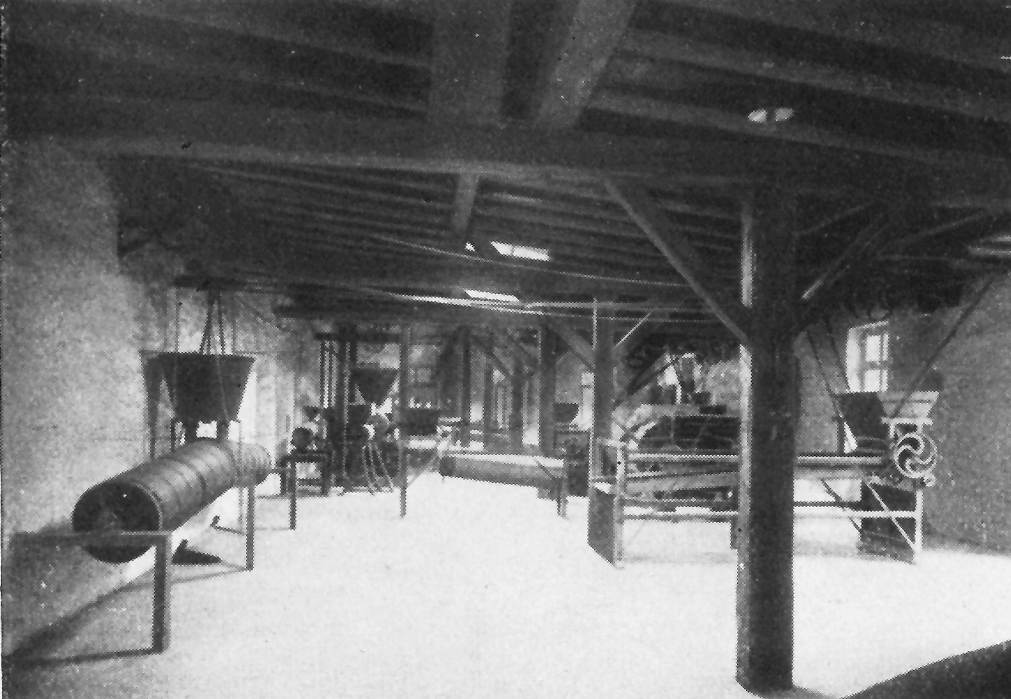 In 2014, KM Commodities AG, a successful, family-run Swiss procurement company for feed raw materials and food ingredients, acquired a stake in Nungesser. The Swiss company primarily promoted the purchase and sale of bakery seeds and completely stopped the previous brokerage business of Nungesser.

Under the leadership of CEO Marco Fischer, “Nungesser since 1775” was integrated as a trademark at KM Commodities AG and registered with the patent office throughout Europe. KMC Nungesser GmbH, based in Seeheim-Jugenheim, Germany, was founded for sales in Germany. In order to strengthen procurement from Eastern Europe, a subsidiary was founded in Poland under the name Nungesser Polska sp. z o.o., with headquarters in Grodzisk Mazowiecki, Poland. All previous activities were completely restructured and the KMC Group was established. The brand “Nungesser since 1775” was used for the food business. In the course of 2015 the development of the nut business began, which has been growing strongly ever since.

At the same time the business with feed raw materials and additives prospered. The company is one of the leading suppliers, particularly in Switzerland, where it is also one of the largest compulsory stockholders of feed for the Swiss national supply. Over the years, the feed business unit has focused increasingly on feed additives and has gradually established itself in this business outside Switzerland.

The social, economic and societal sustainability is further promoted by both food & feed business units and anchored by strategic partnerships. A dictinct Code of Conduct, based on global standards such as the BSCI or UN Universal Human Rights, ensures responsible production, responsible and social interaction with people and reduced environmental impact.

Back to the roots: Nungesser procures food and feed

KM Commodities AG is proud of the rich history of Nungesser. We want to carry on this legacy, want to grow and continue to write the centuries-old success story. For these reasons, we are standardizing our company name as of June 30, 2020 from KM Commodities AG to Nungesser AG.

With this move, we are once again bringing together the reliable and sustainable procurement of food ingredients, feed raw materials and additives under the consistent, traditional brand of “NUNGESSER – FOOD & FEED since 1775”.